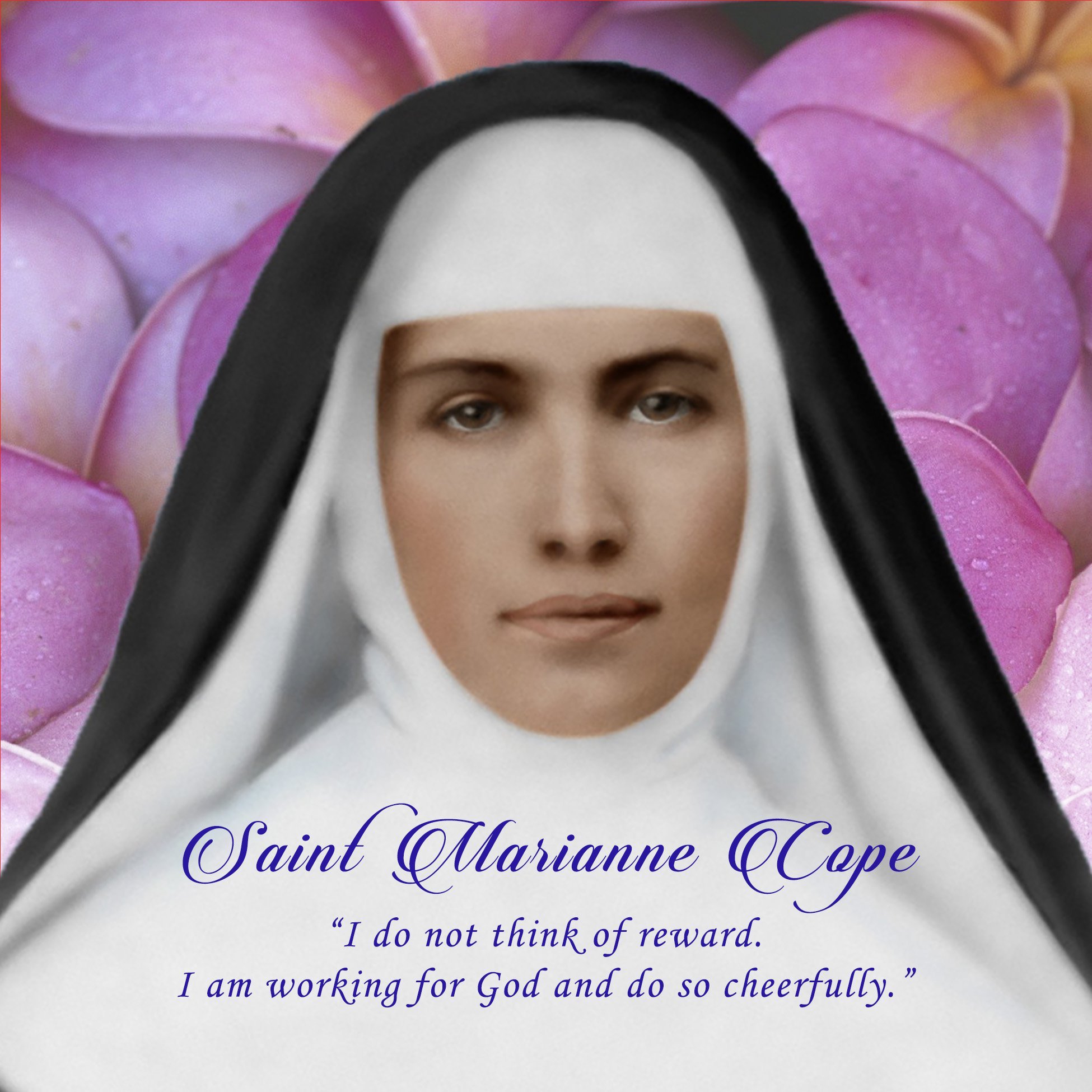 Mother Marianne’s faith and strong foundation of values; compassion, self-sacrifice, devotion, courage and service,   as a Sister of St. Francis, supported her extraordinary actions that led her to canonization by the Vatican in 2012.

Saint Marianne’s legacy continues today in the lives and ministries of the Sisters of St. Francis of the Neumann Communities.

MARIANNE COPE WAS A PROFESSED MEMBER OF THE SISTERS OF ST. FRANCIS AND IS RECOGNIZED AS AN EXTRAORDINARY WOMAN OF THE 1800'S AND EARLY 1900'S.  HER CALL TO ACT AS A SERVANT OF GOD AND THE FRANCISCAN SPIRIT SHE EMBRACED, PROVIDED A FOUNDATION OF VALUES THAT GAVE HER THE COURAGE AND COMPASSION TO ACCEPT DIFFICULT CHALLENGES WITH DIPLOMACY AND GRACE.

As a leader in her community, Mother Marianne was instrumental in opening two of the first Catholic Hospitals in Central New York: St. Elizabeth in Utica and St. Joseph’s Hospital in Syracuse. Recognizing the need for basic health care in a city of immigrants, she and a small group of women defied convention by purchasing a saloon in Syracuse, New York and transforming it into a hospital to serve the needs of a diverse community. Here they welcomed everyone and provided the same quality of care regardless of race, ethnicity, religion, or economic means. They pioneered rules of patient’s rights and cleanliness practices not seen before in the United States.  And this was just the beginning. Throughout upstate New York, Mother Marianne and her growing community educated and provided healthcare to children and adults with dignity and compassion for all.

​In 1883, Mother Marianne and a group of six other Sisters of St. Francis bravely journeyed across the United States by train and took a ship to the Sandwich Islands (now Hawaii) to care for individuals believed to have leprosy (now known as Hansen’s disease).  They initially served at the Branch hospital at Kaka’ako on the island of Oahu to provide care for those exiled from their families. The king and queen then asked that the sisters open a home to care for the healthy children of patients and Marianne named it the Kapiolani Home in honor of the queen.

Mother Marianne traveled to Maui in 1884 where she was asked to manage Malulani Hospital, the island’s first general hospital, as well as St. Anthony School. In 1888, she and the sisters moved to Kalaupapa to care for those with Hansen’s disease who had been exiled to the remote peninsula on the island of Molokai.  There she cared for Father Damien in his last months and attended temporarily to the boy’s home that he had established there until the Sacred Heart Fathers sent a permanent replacement.

Mother Marianne not only provided healthcare to the girls in her care at Bishop Home in Kalaupapa, she offered healing for mind, body and spirit by creating a community that supported individual creativity, dignity and respect. A community of family was established enhanced by gardens, music, art, games and laughter.  The grave sites of  thousands of people who died from Hansen’s disease cover the peninsula on Molokai. It is heartening to know that the sisters provided them with some measure of peace and comfort during their time there.

A sponsored ministry of the Sisters of St. Francis of the Neumann Communities